A coalition of Cristian, Jewish and Muslim leaders came together at the Islamic Center of Frisco on November 2 as part of the Season of Twinning to declare: We will Stand Up for Each Other and affirm our commitment to religious freedom for all faiths no matter the result of the election on November 8’. 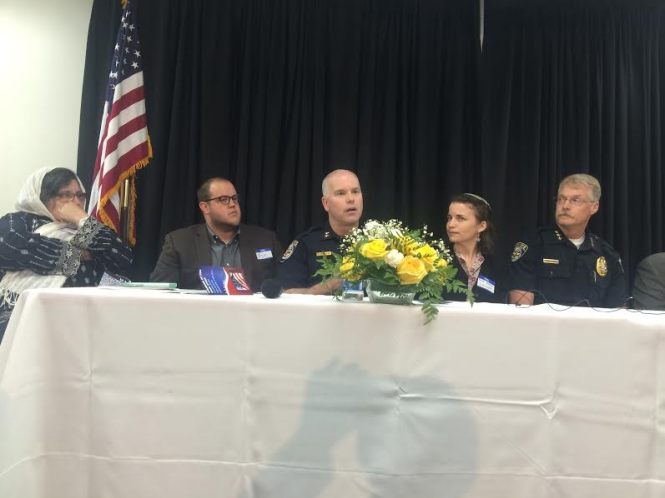 Participants in the event publicly signed the Religious Freedom Pledge, which was launched earlier this year at the National Cathedral in Washington. The pledge commits leaders to “uphold and defend the freedom of conscience of all individuals by rejecting and speaking out, without reservation, against bigotry discrimination, harassment and violence based on religion or belief.” The endorsers of this Pledge will call on public officials to uphold these same values, particularly in this season on heightened anti-Muslim rhetoric and hate crimes.

Chief of Police Bruce drew loud cheers when he told the capacity crowd at the mosque, inaugurated earlier this year with the strong support of Frisco City Hall; “Frisco isn’t mine. It belongs to ya’all. Step by step, our diverse communities are reaching out to each other; moving beyond tolerance to mutual respect and appreciation.” Imam Suleiman said that by coming together at the Frisco mosque just days before the election, the participants were making the case that “We will not allow the poisonous political discourse to penetrate our communities.  When we joint together like this, its an act of resistance.”

According to FFEU’s Ruby, “It was inspirational to come to a mosque in a dynamic city like Frisco in the heart of Texas and find a community made up of diverse faiths backgrounds deeply committed to the ethos of all faith and ethic communities working together for the betterment of all. There is no better place to send the message that we are committed to standing up for each other and upholding basic American values, no matter what who wins the election. I am hopeful that communities across Texas and America will emulate the inspirational example of Frisco.” 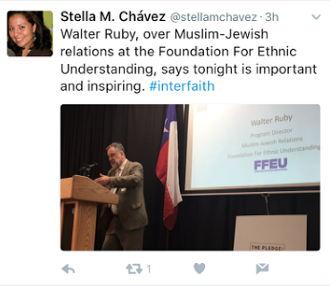