Students from diverse faith traditions came together came together in the outdoor courtyard of the USC Caruso Catholic Center at the University of Southern California on the evening of November 7 to pray for peace and reconciliation in America no matter the results of the election the following day.

The evening of prayer and reflection, which was co-sponsored by the USC Interfaith Council, USC Office of Religious Life and the Foundation for Ethnic Understanding, featured student speakers representing USC Hillel, Muslim Student Union, Catholic Center, Church of Latter Day Saints Student Association, Crusaders for Christ, Secular Student Fellowship, the Sikh Student Association, as Hindu and Buddhist student groups. Students of all backgrounds lit candles and hugged each other as they evoked their varied faith traditions in praying for an America that will be compassionate and open to people of all faith and ethnic backgrounds.

FFEU Muslim-Jewish Program Director Walter Ruby opened the prayer session by urging students “to stand up for each other in the face of bigotry and hatred that has come up in the elections,” adding, “I pray that working together we will succeed to build an America where all religious, ethnic, racial, gender and other communities—including newly arrived immigrants and refugees, are treated with decency and respect and where no community is demonized or discriminated against.” FFEU Social Media Director Lindsey Dresbach also took part in the event. 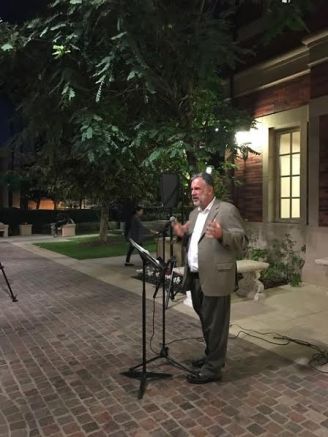 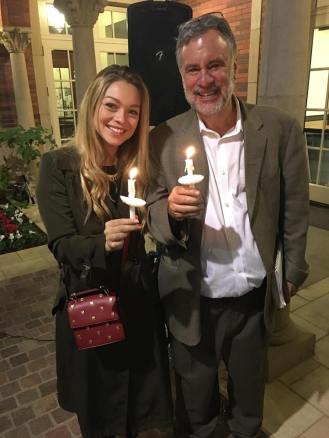 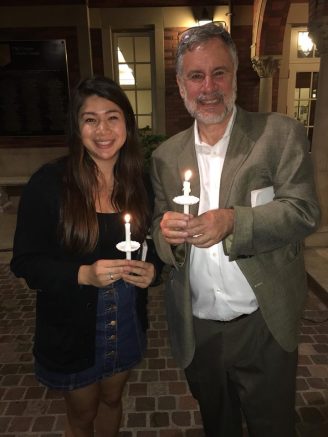 Walter Ruby with the organizer of the event, Clarissa James

Reading the millennial words of Isaiah 2:4 in Hebrew and English, SUC Hillel VP of Social Engagement Sam Korn urged USC students of all faith traditions “to join together and be a force for good” both on campus and in the wider world. Mohamed el Farra of the Muslim Student Union, prayed in Arabic and English, “Relent towards us, thou art the relenting and the merciful, and make us grateful for thy blessing and make us praise it while accepting it and give it to us in full,” el Farra said.

Rev. Jim Burklo of the USC Center for Religious Life, said, “We need to ask ourselves ‘When we vote, what are we doing to take care of each other? In that spirit let us go forward and vote, and then come together as a USC community no matter what happens tomorrow.”

See more coverage of the event on Daily Trojan 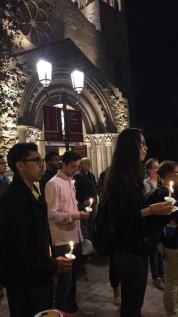 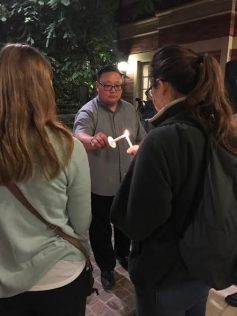